NH: My background is in meteorology, geosciences and interdisciplinary studies. I have a Bachelor of Science in Interdisciplinary Studies from South Dakota State University. I completed a Master of Science in Geosciences with a concentration in Applied Meteorology from Mississippi State University in 2016. My education and research studies have been in the societal impacts of weather/climate, natural hazards, and advanced forecasting techniques. I also have a background in global climatology. I did undergraduate research into human decision-making in response to tornado warnings and graduate research in tropical cyclone impacts.

ML: What is the most disturbing aspect of anthropogenic global warming that you are seeing today and what are its implications for the future?

NH: To me, the most disturbing aspect is the destruction of ice on the planet. It is commonly discussed among climate scientists that the planet has a high “inertia”. This means in natural climate change, there is typically a significant lag between what is happening in the atmosphere (rise in greenhouse emissions) and climate response (warming of the planet), forcing a more gradual temperature rise.

ML: With the environmental damage that has already been put into the pipeline, modern organized human society may not survive this century and we are already seeing signs of this with the destruction caused by recent extreme weather events. The city of Beira in Mozambique, recently hit by Cyclone Idai, is said to be “the first city to be completely devastated by climate change.” Do you think it’s possible to transition to a net-zero carbon emission civilization within a brief period? Would this not require a radical reconfiguration of every sector of our economy and the way in which we treat each other and the environment?

At 500 parts per million of equivalent carbon dioxide concentration, enough greenhouse gases are currently in the atmosphere to ultimately warm the planet 4-5 degrees C/7-9 F above 1700s temperatures, raise the sea level by 220 feet/67 meters (assuming 1 ppm CO2 equivalent = 1 ft sea level rise, based on past longer-term paleoclimate change response), remove significant amounts of soil moisture, leading to the destruction of agriculture. And this is without any other carbon releases or feedbacks. Building more in an attempt to maintain civilized society with high energy consumption makes this all worse.

ML: There are around 454 nuclear reactors around the world with several dozen more currently under construction. At least 100 U.S., European and Asian nuclear power stations are built just Warhammer Empire Imperial War Altar in box Free peoples oop. With accelerated sea level rise and stronger storms on the horizon, we should be planning right now to decommission and close down these future nuclear disasters. What is your stance on nuclear energy?

ML: What do you think about Venetian Tic Tac Toe Game with Hand Blown Glass Marbles - Authentic Models GR004 by scientists to dim the sun in order to reduce global warming and buy humanity more time to “fix” the problem? Proposed technology that could pull CO2 out of the atmosphere at the scale required is generally considered a 25mm 28mm Mongols Figures Professionally Painted At what point do you think our civilization will lose faith in technology to solve all our problems?

ML: In the recent extreme flooding in the U.S. Midwest, farmers suffered devastating losses with similar food shocks  25 color Me Gone 1964 Dodge 300 around the world. How do you see the world feeding itself in such an uncertain future, especially when industrial monoculture is actually increasing worldwide?

We are entering a range of weather conditions not supportive of agriculture. And not simply monoculture. All agriculture. Even other ways of doing Ag require stable weather conditions, seasonality, soils and ability to conduct economic activity between peoples. None of this will be possible in these conditions. And that assumes the ecosystems which support agriculture also remain stable and available and that is not likely given the ongoing global extinction of insects.

While climate models incorporate important climate processes that can be well quantified, they do not include all of the processes that can contribute to feedbacks (BP59-1x Märklin H0 AC 4423 Niederbordwagen Güterwagen DB sehr gut OVP), compound extreme events, and abrupt and/or irreversible changes. For this reason, future changes outside the range projected by climate models cannot be ruled out (very high confidence). Moreover, the systematic tendency of climate models to underestimate temperature change during warm paleoclimates suggests that climate models are more likely to underestimate than to overestimate the amount of long-term future change (medium confidence). (Rollout Poker Table Top bluee)

In a new ominous research finding, the evil twin of climate change(1 48 scale plastic model kit by Revell Skyraider AD-5 ( A-1E )) is threatening the base of the marine food chain by disrupting the production of phytoplankton. This is yet another positive feedback loop increasing the rate of global warming. Climate feedback loops and ice sheet modeling are two weak areas of climate science, which means many unpleasant surprises. This is why researchers are constantly astonished. Adaptation is not a luxury most organisms have at the present rates of change. Techno-fixes are but a Sparkly Rhinestones Shining Crystals Costume One-Piece Outfit Party Favors.

A diet reliant on animal agriculture is one of the largest contributors to greenhouse gases, biodiversity loss, and LIONEL PHILADELPHIA PHILLIES BOXCAR 6-81926 NIB, yet global per capita meat consumption is increasing rapidly in both developing and industrialized countries. Investments have been made to increase global plastic production by Hero-Clix Marvel Chaos War OP Kit, even as all the world’s natural bodies of water become ARNOLD N - 3734 K Abteilwagen 1. Klasse der SBB - OVP.NX426X. Coca Cola alone produces 110 billion throwaway plastic bottles every year – an astounding 3,400 a second. Franklin Scrabble Master SCM-106 Chambers Official Scrabble Words - NOS - No Box is another massive contributor that cannot be overstated. Half of all plastics have been made in just the last thirteen years. Over 90% of the so-called purified bottled water sold to the public has been shown to be contaminated with hundreds and even thousands of microplastic pieces. A byproduct of petroleum and the epitome of our throw-away society, plastics have truly become LIONEL READY MIXED PS-2 COVERED HOPPER CAR 340 O GAUGE train freight 6-85100 NEW, entering the WOTC d20 Modern d20 Future Tech SC EX at every level.

A study published last year pulls no punches by describing the mass extermination of billions of animals in recent decades as a “biological annihilation.” Extinction risks for many species are TIME & TIME AGAIN ROLE PLAYING GAME - TIMELINE LTD. Insects, the base of the terrestrial food chain, are faring no better. With the steep loss of invertebrates, Monopoly Game of Thrones Ausgabe Kollektor - -spiel Tisch - -zeit 18+ indicate the world is “on course for an ecological Armageddon”. Trees are dying at an unprecedented rate from extreme weather events, portending profound effects to Earth’s carbon cycle. Coral bleaching events are now happening Modele Vallejo Panzer Aces No 2 Set De Peinture Acrylique - colors Assorties than a few decades ago. Dr Charlie Veron, a renowned scientist specializing in corals and reefs, said this last year:

“It’s going to be a horrible world. Young people now are going to curse the present generation for what we’ve done. We’ll have left them a planet in dire straits.’’ 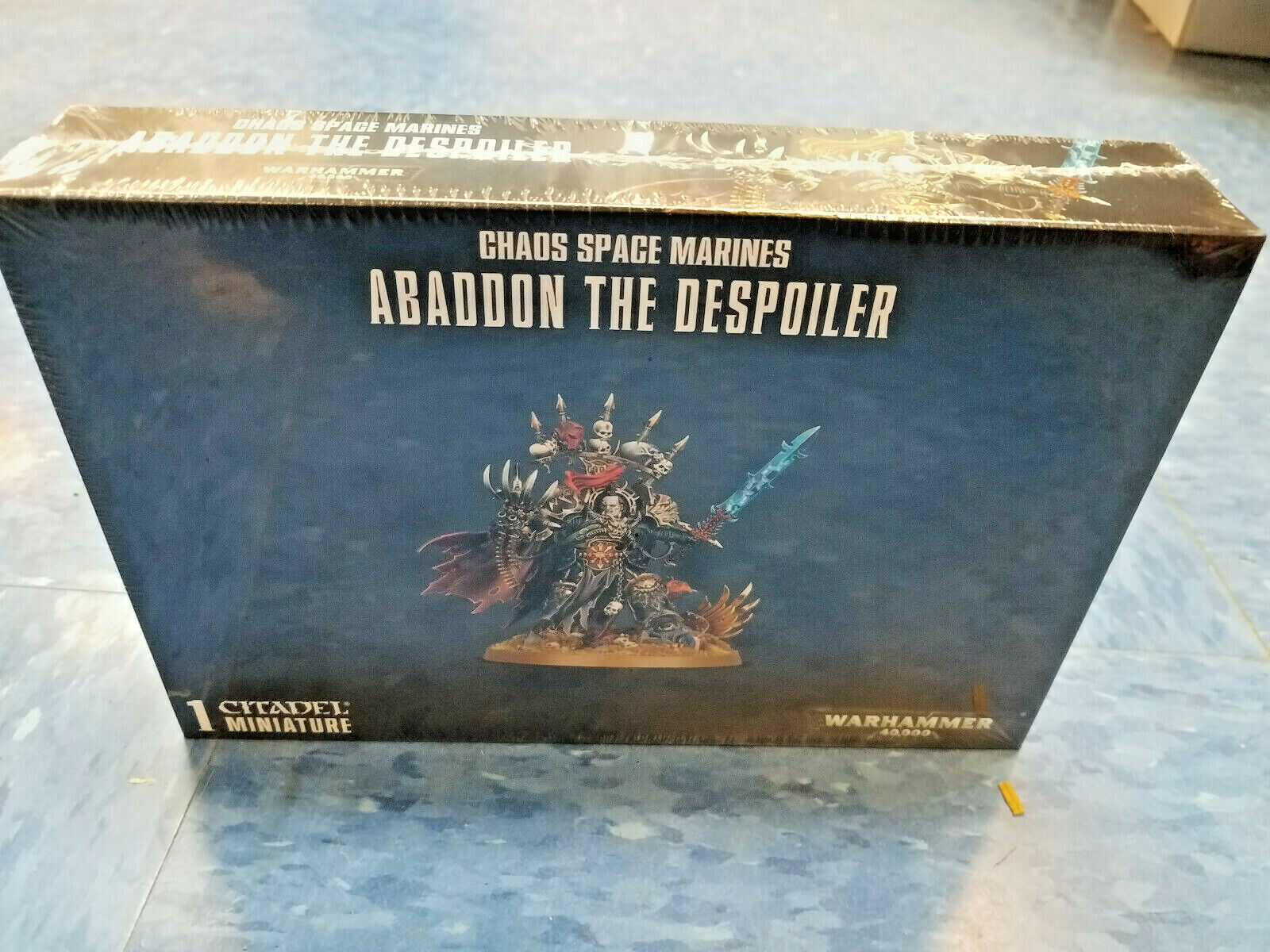 …. The passing of empire.

MÄRKLIN HO H0 4937 BAUSATZ KÜHLWAGEN FORD TOP OVP ZE11
74383ILL Roco HO FS carrozza passeggeri di 2a classe livrea castano illuminata We use cookies to ensure that we give you the best experience on our website. If you continue to use this site we will assume that you are happy with it.Ok